The refugee camp in Zbąszyń

Once they arrived near the border many people were forced to get out on the middle of the track and were herded into the no-man’s land between Germany and Poland. Sometimes the German guards were able to send the train carriages directly to Zbąszyń. Dramatic scenes took place in the totally overcrowded station building. Even more desperate was the situation for the people milling around in the no-man’s land area, often for several days. After the first transports had arrived, the Polish authorities prevented the deported people from travelling further on into the country. This meant that the town of Zbąszyń with its population of 4000 became a huge refugee camp overnight. People who were stuck in Zbąszyń had to spend a further few days and nights in the station or were given emergency accommodation in former military stables and shacks. Workers at Jewish Aid organisations were the first people who were able to give assistance. During the following weeks they organised the camp’s own administration. Isaak Giterman, the Polish director of the international aid organisation “Joint Distribution Committee”, wrote in a report:

»At least everyone now has a pallet on which to sleep. The children and sick people get milk each day, there is enough linen to go round and some people have been given clothing. After beginning in total despair, there are now discussion evenings for Zionist youth groups and lessons in Polish … The most moving plea came from the children, who asked if all under-16s could meet in a room so that they could play.« *

TEMPORARY RETURN PASSES AND FURTHER DEPORTATIONS
The remainder of the Jews with Polish passports still living in the German Reich in 1939, mostly women and children, were also forced to emigrate by 31 July 1939. During this time, the German authorities allowed the people who had been deported in October 1938 to return for a maximum of two weeks in order to sort out their personal and business matters. Their homes had by this time mostly been emptied and “aryanised”. If in the meantime, there had been any proceeds from sales instead of accrued debts, these had to be paid in to a “Polish Emigrants’ Liquidation Account“ at the Bank of
Dresden.

CLOSURE OF THE CAMP
People at the reception camp in Zbąszyń were at first not allowed to leave without permission, but later the Polish authorities permitted onward travel to other places in Poland. When the German army attacked Poland on 1 September 1939, there was only a small group of refugees left. During the following three years, the majority of those expelled to Poland in October 1938 ended up in the Nazi genocide machinery in Eastern Europe.
< return | forward > 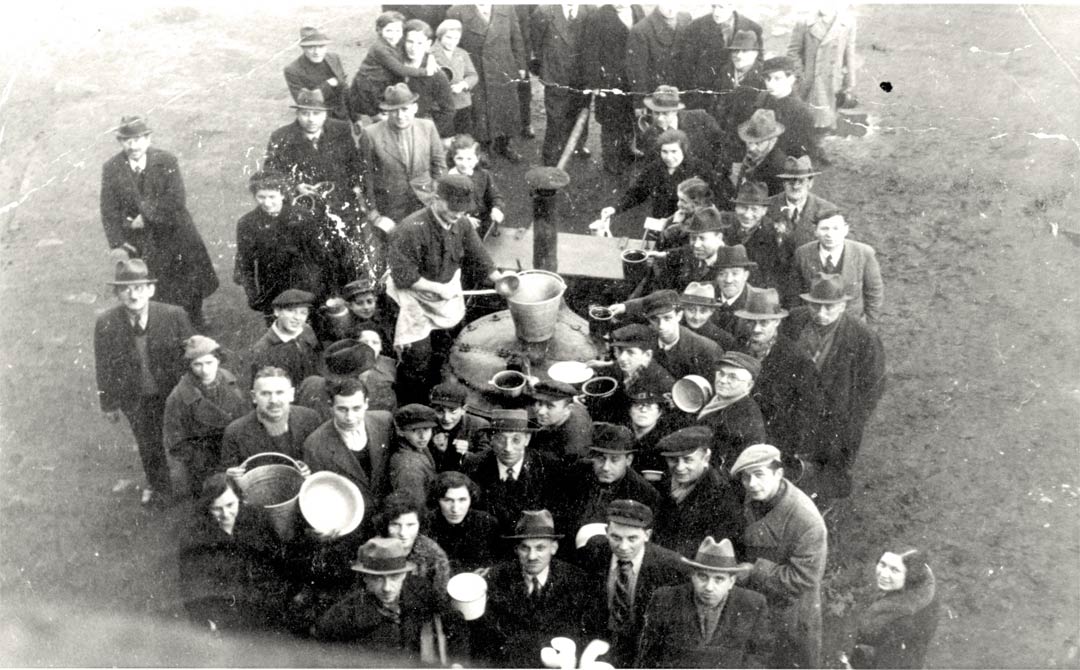