Life goes on and that’s how it is

Kenneth Appel (Kurt Appel) who was rescued from Bonn by a Kindertransport, left school in April 1940 aged 14. He found a job in a laboratory and later went to evening classes at university alongside his job. Kenneth Appel remembers the German bomb attacks, which he could see from the laboratory:

The laboratory was in Highgate Hospital in Hampstead Heath on top of a hill, the highest point in London, and it was the time of the V1 and we had glass all around us and saw the V1 coming straight over, we went under a bench, it was dangerous, but nothing happened.

Hans Walter, a boy from the Jawne hostel in Minster Road, London, also remembers the bombing of London and the years of growing up:

In September, the war started, the third of September, when Hitler invaded Poland. I remember the flying bombs. And one day I went to school I had to quickly go against the wall because I saw it coming over. But thank God I wasn’t injured from bombs or anything. I remember when the war was finished; it was a nice celebration after all these years… It wasn’t easy, I had different jobs and I never was really out of work. And when I think back, how I did, how I got through it, can’t believe it sometimes. You would say in English ‘Life goes on’, das Leben geht weiter, and that’s how it is. 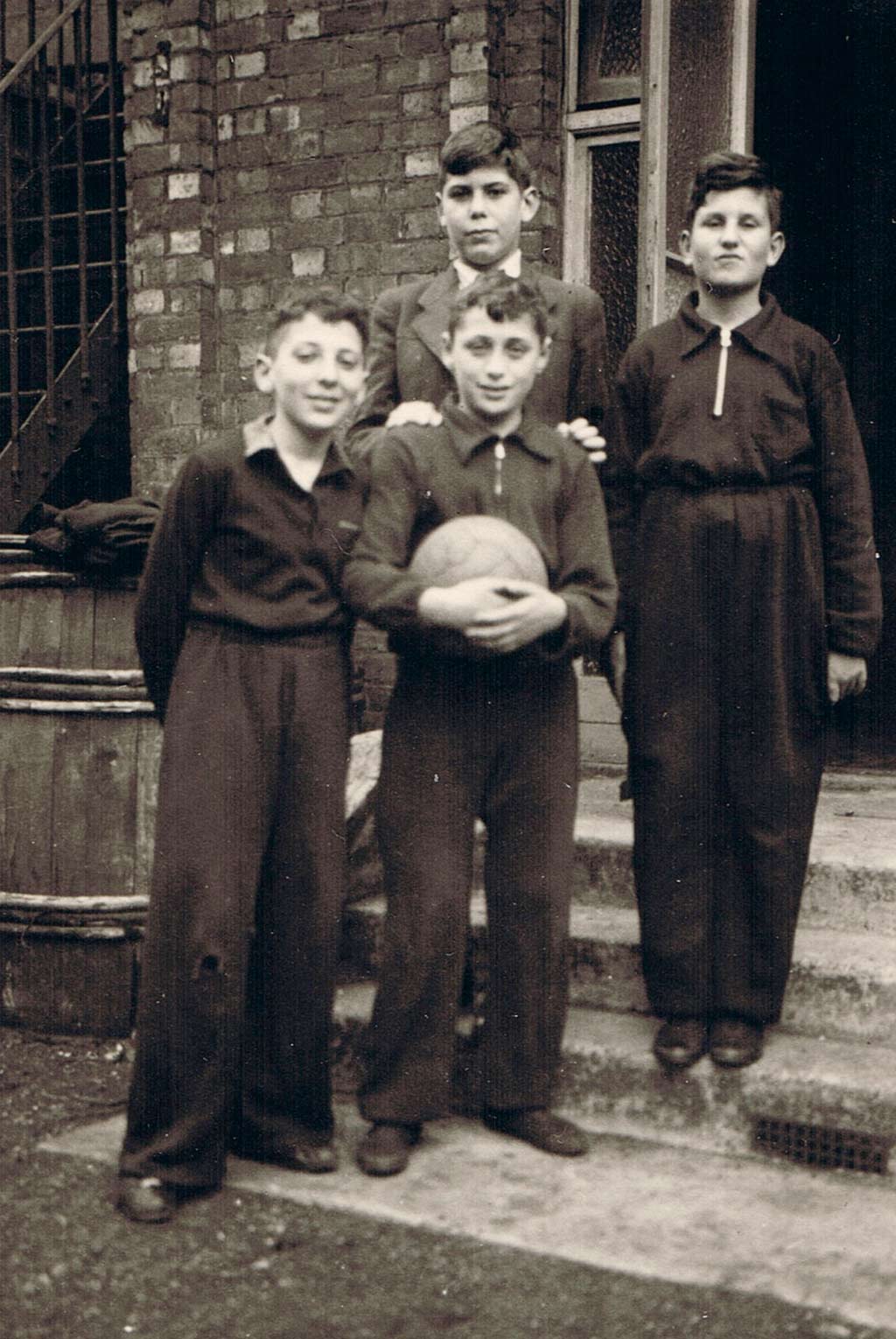 Ernst Kohlmann (Ernest Kolman), Julius Weil, Fritz Penas (Fred Marchand) (from left)
and Hans Walter (in the back) in front of the hostel at 1 Minster Road, London,
with a football given to them by FC Arsenal, 1939.
Photo Credit: Courtesy of Ernest Kolman, London.