The »Kindertransport« to Britain

Most countries in Europe and overseas showed little readiness to take in Jewish refugees during the 1930s. This changed shortly after the November pogrom of 1938. There was a wave of readiness to help, in Britain above all. The British Parliament decided to allow Jewish children from Germany (including Austria) to enter on collective visas. The BBC encouraged people to take in a child. Their keep had to be guaranteed by pledges, which required thousands of families, single people and small aid committees to become involved. The “Movement for the Care of Children from Germany”, later called “The Refugee Children’s Movement”, was the main organisation in charge of coordinating everything.

10,000 CHILDREN
About 10,000 children were rescued and brought to Britain by the so-called “Kindertransports” before the beginning of the war. Alongside the Youth Aliyah to Palestine, the Kindertransport was the most important vehicle for the rescue of unaccompanied children and young people from National Socialist persecution. Belgium, the Netherlands, Sweden, France and the USA also took in children
and young people, although in smaller numbers.

THE JOURNEY
On 2 December 1938, the first Kindertransport arrived in England. The last one reached the safety of the island on 2 September 1939. This was followed by yet another final boat with children from the Netherlands which, in dramatic circumstances, arrived in Liverpool in May 1940, in the middle of the war. Most children travelled by train to Hook van Holland and from there with a ferry to Harwich on the east coast of England. The final stage of the journey was by train to Liverpool Street Station in London. After their arrival, many children and young people were at first accommodated in central reception camps or in hostels. Others were taken in by foster parents or relatives.

SECOND WORLD WAR
At the start of the Second World War, children from British towns were evacuated to the countryside; this also happened to children from Kindertransports. In the summer of 1940, German refugees over the age of 16 were threatened with being interned as “enemy aliens”. Smaller groups were sometimes interned for some time in Canada or Australia. Many young men joined the army from intern camps in order to fight against Nazi Germany. 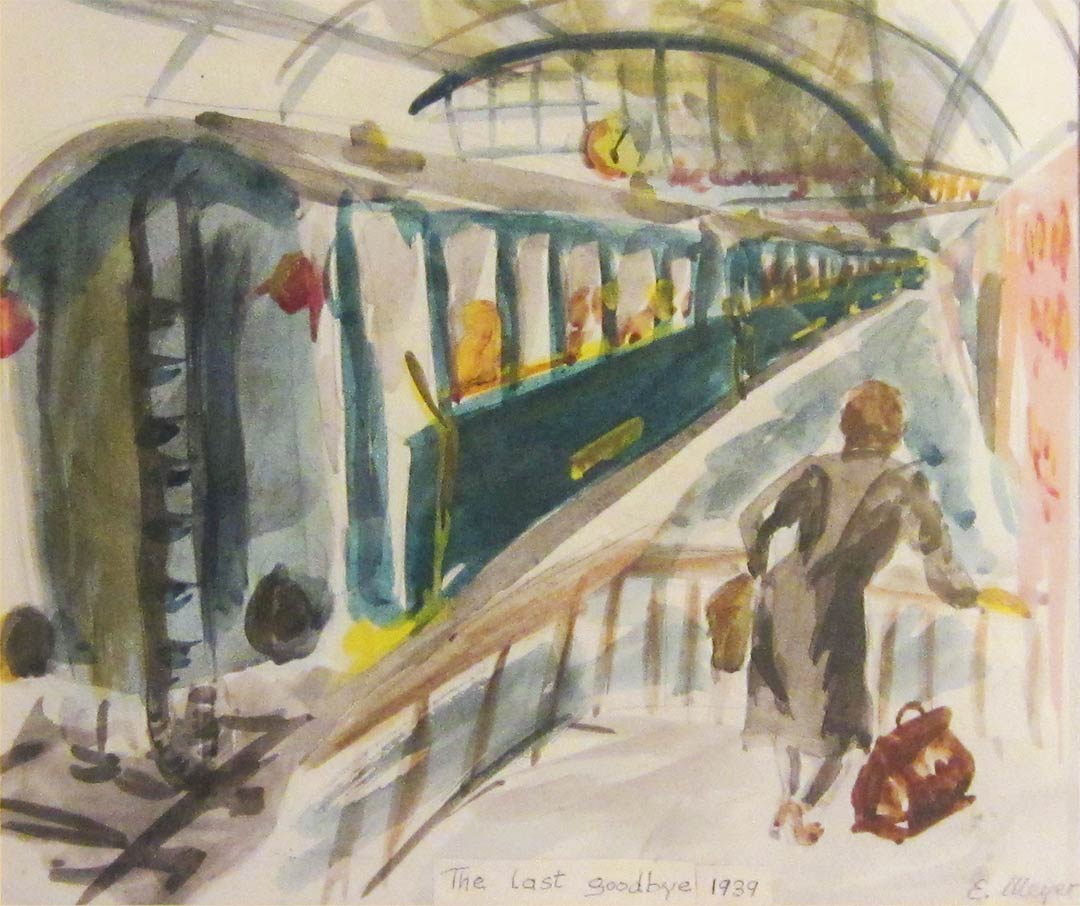