Some of the girls from Willesden Lane who had been evacuated to Northampton at the outbreak of war later came back to the hostel and experienced the German air raids on London there. Rachel Wolff (later called Rachel Ellis), a girl from Cologne’s Jawne transport in February 1939, fell in love during that time with a rabbi’s son from Hamburg. The two were on fire duty at Rachel’s hosteland had to extinguish incendiary bombs which landed in the garden. Normally strictly separated in their time off, the girls and boys used the absence of the female hostel warden to demand new rules. However, their protest ended with the removal of the two alleged ringleaders – one of them was Rachel’s sweetheart.

While he was still living in Cologne, Rudi Stern had fallen in love with his classmate Liesl Heilbronner (now Munden) from Düsseldorf. She had come to the Jawne after the November pogrom and after Easter 1939, she attended one of the newly established English classes. On the back of a farewell photo that Rudi Stern gave to his girlfriend are the following words:

A person you love and a great idea that fills the soul – what more do you need?’ (A. Feuerbach) Think of me, believe in me, wait for me, Liesl!

Together with his class, Rudi came to Liverpool in May 1939; Liesl travelled to London on a Kindertransport from Düsseldorf on 24 August 1939. They never met again.

His entire class arrived in England, he stayed there for a while, was interned up near Liverpool and was sent from there to Australia, but they were able to go on studying. I heard from him in letters, and then I heard nothing more, but afterwards I found out that he was in the English army (…) that the ship had been hit by a torpedo and that he had gone down with it. End of story. That was Rudi Stern. 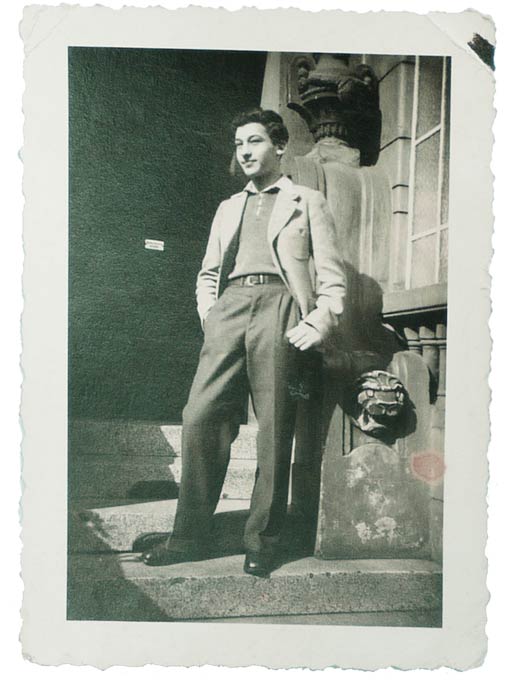 Rudi Stern (pictured) gave this photo as a farewell present to his girlfriend Liesl.
Photo Credit: Courtesy of Liesl Munden. 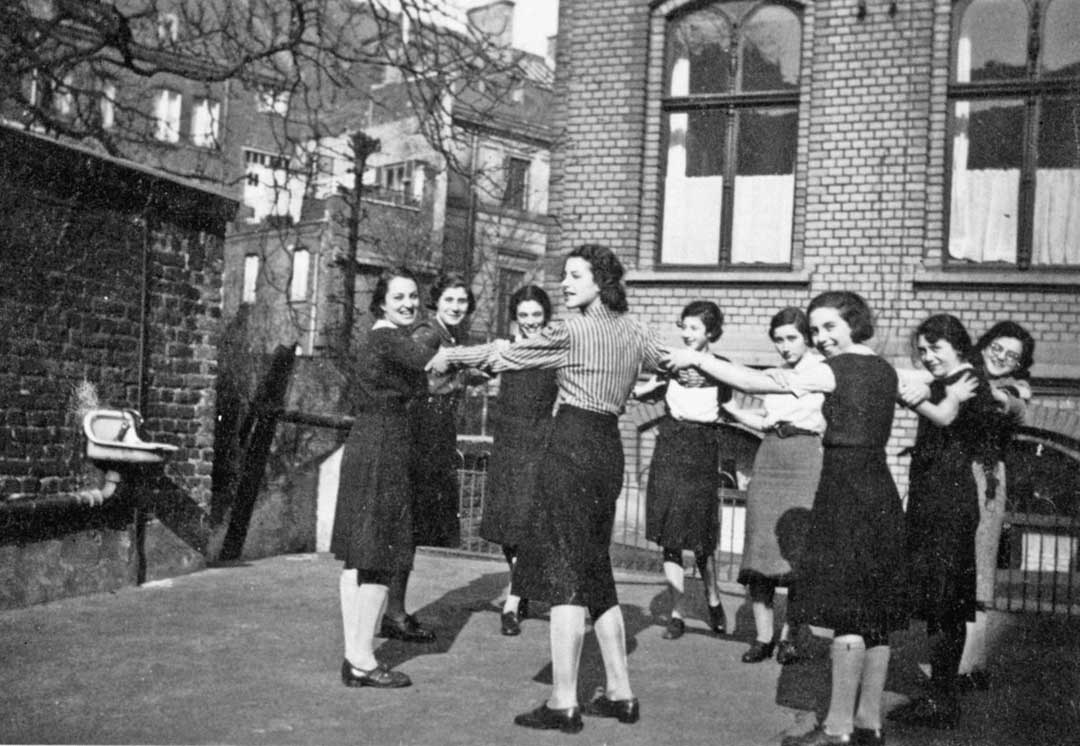 Jawne students at their school court, April 1939 (Liesl is the third from the right).
Photo credit: NS-Documentation Center of the City of Cologne, Corbach collection.