On 28 and 29 October (später: Pnina Galili) 1938, 17,000 Jewish people of Polish nationality, amongst them many children and young people, were deported from Nazi Germany over the border into Poland. (This was later called the “Polenaktion” or the deportation of stateless Polish refugees from Germany). From the Rhineland and Westphalia, people were expelled to Zbąszyń, where a large refugee camp was established.

In their home town of Essen, friends Paula Waldhorn (later Pnina Galili) and Klara Klajman spent most of their free time with their Zionist youth group. In the early morning of 28 October 1938, the two girls were deported to Zbąszyń with their families. Both of them were rescued by a Kindertransport to England in 1940 and were able to emigrate from there to Palestine. In an interview Chaja Chowers, formerly Klara Klajman, summarised her memories of Zbąszyń in the sentence: 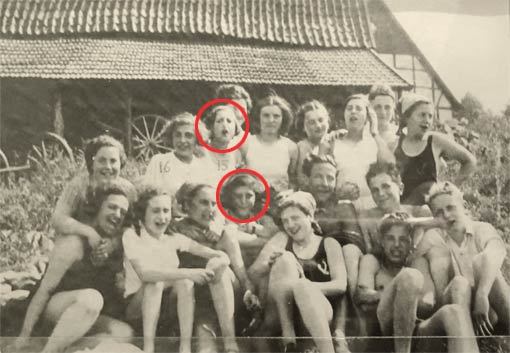