Greta, born in 1922, and Salo (Salomon) Schiffmann, born in 1924, were deported from Dortmund to Zbąszyń in October 1938, together with their parents. Salo reached a Zionist youth camp in Nowosiolki in Bialystok in March 1939. From there, he travelled with a group of about 30 young people to Palestine at the end of 1940, a dangerous odyssey, travelling via Kaunas, Moscow,
Odessa and Istanbul.

Salo Schiffmann as donated 22 letters and postcards which his sister Greta wrote to him at Nowosiolki to the Israeli memorial institute, Yad Vashem. Greta describes everyday life in the refugee camp, the departures of other children and young people, and the attempt to keep a sense of community and confidence under the most difficult circumstances. In August 1939, she was told about the imminent closure of the camp. The Schiffmanns did not know where to go. We said we don’t have anywhere to go,* Greta wrote to her brother. It is assumed that Greta and her parents, Eva and Mark Schiffmann, were murdered in May 1943 in the extermination camp in Belzec.

Lieber Salo!   Zbąszyń, 2.5.39
Dear Salo, We got your lovely card this morning. We were very happy about it. We were still standing at the barrier on Saturday night until the train went off. We got home at twelve o’clock. I found Sunday very boring without you. **

Lieber Salo!    Zbąszyń, 11.05.1939
Dear Salo, We got your lovely letter this morning. We were very happy about it. … Bubi Mühlrad and Nette Stub went to Sweden yesterday evening at 8.30. I went to the station with them. I’m sure you know the driver, Walter; he went with them to the ship going to Gdynia. So now they’re all gradually going away. Yesterday evening at 11:18 lots more people left for Palestine. … This afternoon there’s a football match: Mill against Hospital and Central. I may go along. … I’ve still not got the permit. This week I wrote another card to the committee in England. *** 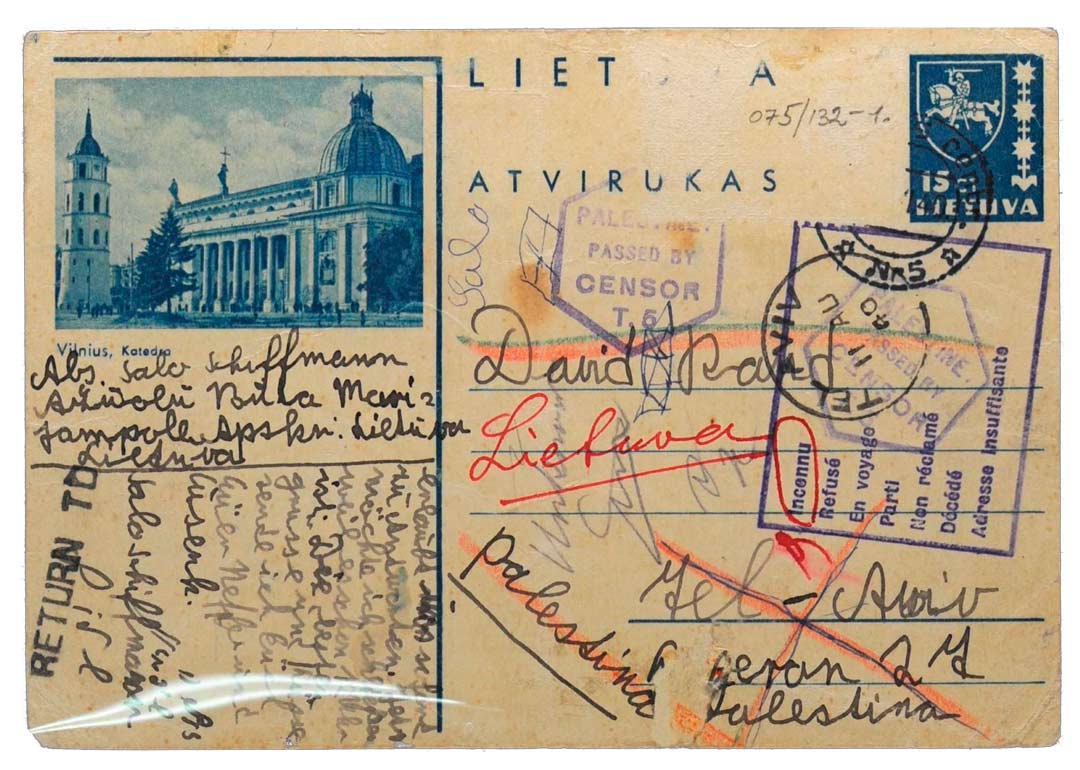