For children rescued to Britain, keeping in touch with their parents in Germany was of paramount importance. During the first months, most of them wrote long letters home, telling details about their new lives and receiving long and comforting replies from their parents and siblings at home. With the beginning of war, letter contact with parents was reduced to postcards. Only short messages of up to 25 words could be sent with the Red Cross. It often took months for the messages to arrive. Children would have found it very hard to understand why messages which were mere signs of life should suddenly stop coming any more, for no apparent reason. At the end of war, most of the rescued children and young people had to cope with the bitter truth that no one in their families had survived.
< return | forward > 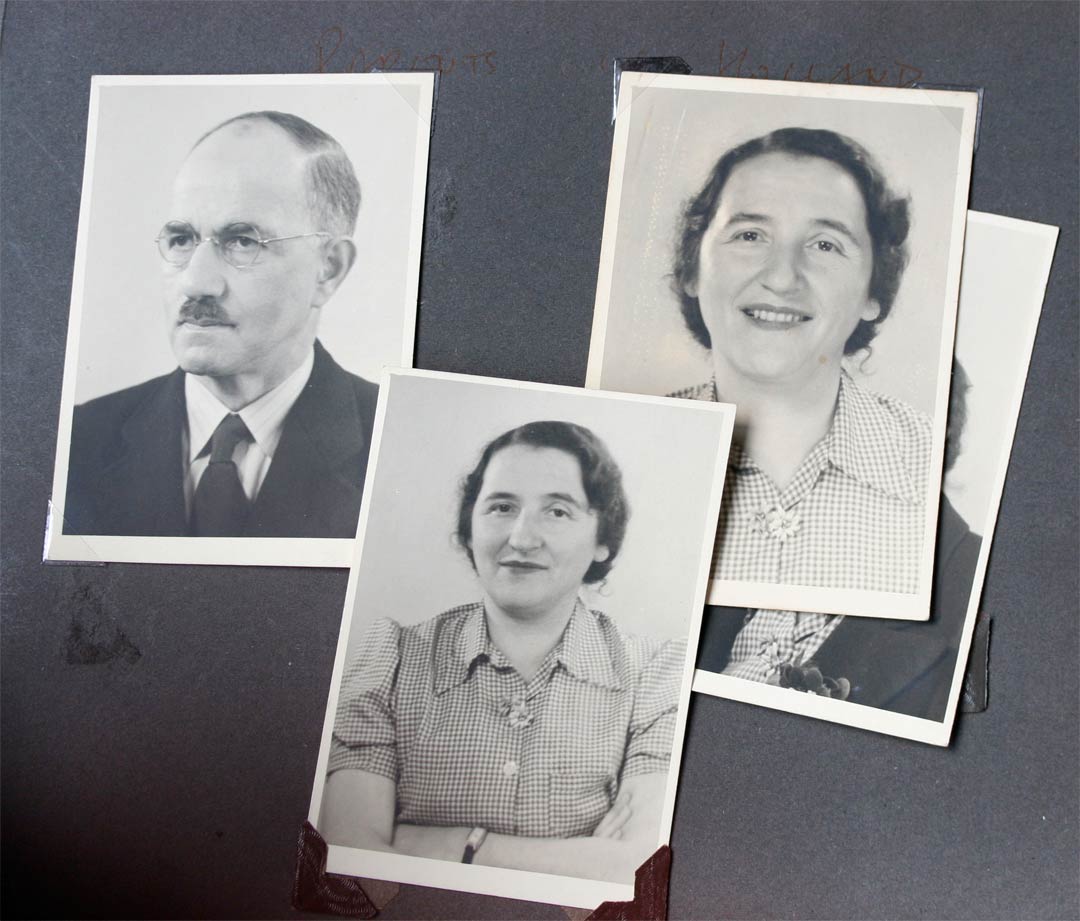 Lore and Walter Michel‘s parents were in Amsterdam waiting for a passage to the USA when the Wehrmacht invaded the Netherlands. Via Westerbork they were deported to the Bergen-Belsen concentration camp. Photo album: Courtesy of Lore Robinson, London.

Picture above: Jakob and Helene Grünbaum had a professional photographer take this last family portrait in Cologne in 1939. Shortly after, the sisters Henriette (right) and Grete (left) went to London with a Jawne Kindertransport. Their little brother was rescued to England, too. The parents, who had stayed behind in Cologne, fled to Belgium at the beginning of the war and from there to Southern France. Jakob Grünbaum was deported from France to Sobibor and murdered. Photo credit: Courtesy of Henny Franks (Henriette Grünbaum), London.