The parents of the children who were to leave with one of the first Kindertransports did not have much time to say goodbye. What would their child need most in England? How would they be able to keep in touch with their children? Dr Erich Klibansky organised a farewell afternoon in the school for the first group of children and personally took the boys to Cologne Central Station. For the children, those last days at home were sad, yet also full of excitement and mixed feelings. The forthcoming journey meant leaving home for a foreign country and made some of them think of that journey as a real adventure. No one could know if their goodbyes would be final. Even if parents suspected that they might not see their children again they reassured them, telling them that they would definitely see each other again in a few months time.

I was 13 when I came to England. I had my Bar Mitzvah in September 1938 and ‘Kristallnacht’ was in November. We arrived in London in January 1939. That means that Klibansky managed to organise everything and take us to England in less than two months. Incredible! Parents had to sign a letter giving their permission for their children to go to England. It was no hardship for us to come here. At least not for me.

Everyone said goodbye. In all the excitement we were not even very sad; that was an adventure,

Chawa Markowitz (Eva Bachrach), who was rescued from Essen to Britain in 1939, recalls. **
< return | forward > 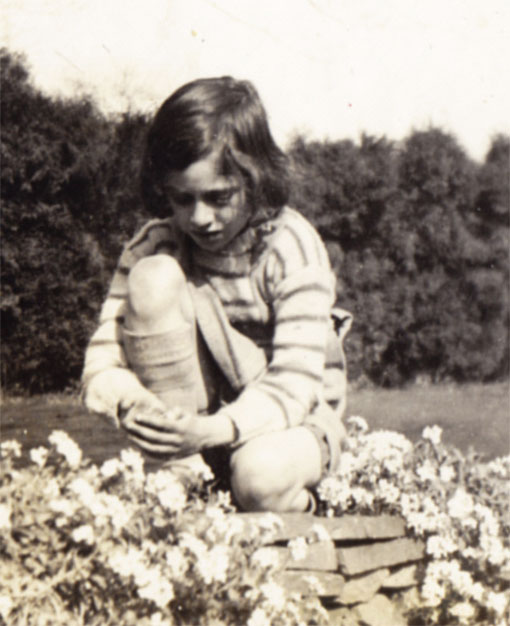 From the photo album of Chawa Markowitz.