Children from what is today North Rhine – Westphalia (NRW)

At least 463 children from the Rhineland and at least 260 children from Westphalia were rescued by Kindertransports. Perhaps the youngest child in a transport from the Rhineland was a baby a few months old, as told in Lore Robinson’s account. Stephanie Buchthal from Dortmund was just five years old. Among the older children were those from the Jawne grammar school who reached Liverpool in May 1939. The 32 children from Wuppertal known to have been rescued by a Kindertransport were aged between eight and seventeen and have been identified by name.

One of the first Kindertransports to Britain on 14 December 1938 included children from Hattingen and from Mayen in the Eifel.In the very last transport in May 1940 there were children from Cologne, Bochum and Oberhausen who had been living in an orphanage in Amsterdam.

SELFLESS HELP
For children to be able to emigrate was only possible with the involvement of many helpers. The “Abteilung Kinderauswanderung der Reichsvertretung der Juden” (the department of children’s emigration of the Reich’s Deputation of the German Jews), which worked together with local Jewish communities, was responsible for the organisation of children’s emigration. Children from Jewish families who had been baptised as Protestants or Catholics were supported by various aid offices. Norbert Wollheim tried, with great commitment, to meet the demands of parents in the “Reich’s Deputation of the German Jews” in Berlin. People were assigned by the Jewish communities to accompany children to England, but they themselves were not allowed to remain there. Thus Kindertransports from Cologne were accompanied, for instance, by the Head of the Jewish Welfare office, Georg Fröhlich, and Thea Ehrlich, who also worked there.

The teacher Else Hirsch from Bochum, and the director of the Jewish Grammar School in Cologne, Dr Erich Klibansky, rescued entire groups of children from what is today North Rhine-Westphalia by their personal intervention. Both paid for this with their lives as they thought about their own emigration too late. Else Hirsch helped parents on site at the school to apply for the emigration of their children. She repeatedly travelled to Berlin in order to clarify urgent questions in person. In January 1942, Else Hirsch was deported from Bochum to Riga, where it is presumed she perished in 1943.
< return | forward >

Photo credit: Images at the top: Henny Grünbaum with her school class at the Israelite Primary School of Cologne at Lützowstraße, 1936. Photo Credit: Courtesy of Henny Franks. 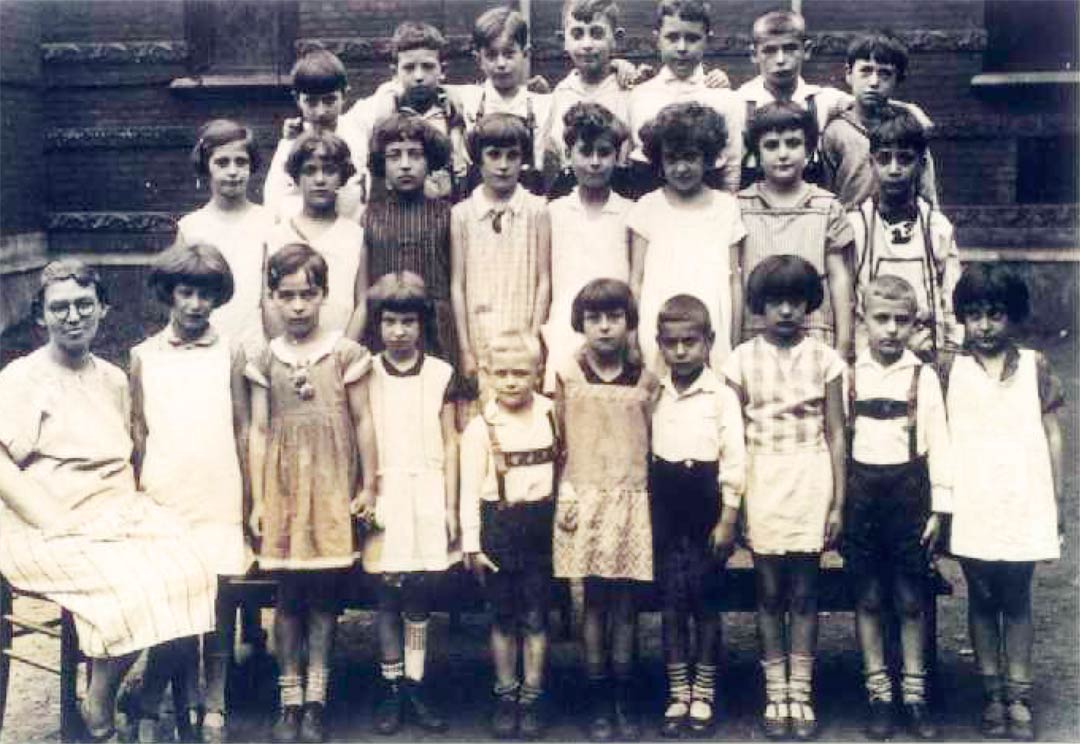 Else Hirsch with her school class, 1928. Photo credit: City of Bochum.