We were a group of 54 children

The boys’ hostel in Minster Road also took in new residents who had been assigned to one of the rescue Kindertransports in Zbąszyń. Mordechai Vered (at that time Theo Verderber), who now lives in Israel, describes in detail the kinds of experiences the children had. He had been at the “Moriah” Jewish primary school in Cologne, which was housed in the same building as the Jawne in St. Apern-Straße. Theo left Poland on the same ship as Rosa Piperberg and Marga Gotthelf and arrived in London in February 1939.

Two ships on which I travelled changed my life: the SS Warszawa and the Pan York. The first took me to Britain while the second brought me home to the land of my people. In October 1938, Polish Jews residing in Germany were expelled and taken by train to the Polish border town Zbąszyń. My mother took with her the youngest two children, me (aged 10) and my little brother Adie (aged 8). We travelled that Friday night and all day Shabbat until we arrived at that primitive border town, Zbąszyń, where the train stopped. We huddled close together inside the station hall. Eventually things became organised. The local stadium including a gym hall was ultimately turned into a children’s home, where wooden beds with straw filled sacks and one blanket provided sleeping accommodation. Because of the bitter cold, my brother and I slept in the same bed. Early in 1939 my mother agreed to send me to England on a Kindertransport, hoping that I, a ten year old boy, could arrange for her and Adie to follow.

We were a group of 54 children travelling to Warsaw, where we were taken to a vacant summer camp. A week later we journeyed to Gdynia to board the SS Warszawa. We were allotted small cabins with six bunks in each. These cabins were placed around an open space on the deck below the top deck. There was nothing for a boy of 10 to do, but to roam about and explore. We sailed through the Kiel Canal. It was frightening to see those mighty German warships flying huge red flags with black swastikas on white round patches. On the fourth day of our journey the ship entered the Thames estuary, sailed up river towards the Port of London and under Tower Bridge which had been raised. Already I missed my mother, sister and brothers. 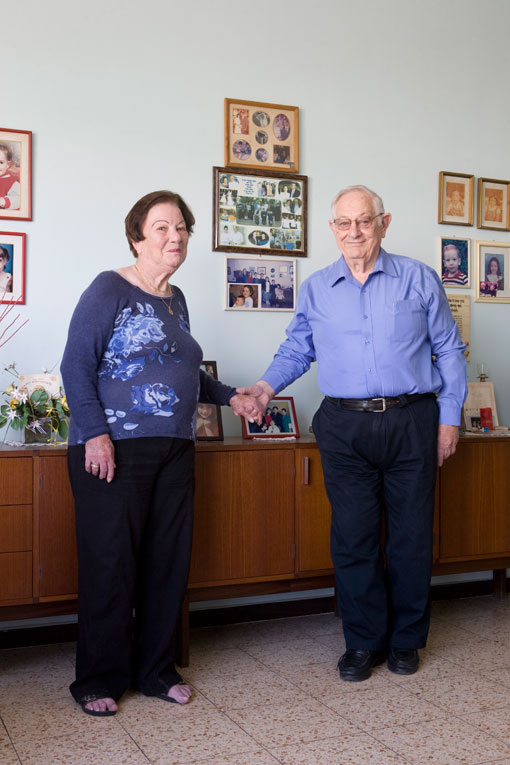