Most of the girls and boys, who had come to Britain in 1938 or 1939 with a Kindertransport, were already young adults by May 1945. Being on their own, they had learned to take their lives into their own hands. Grieving over their murdered family members, about whose fate they often only found out for sure years after the end of the war, weighed heavily on them. However they were ready to take responsibility for their own children and others.
< return | forward > 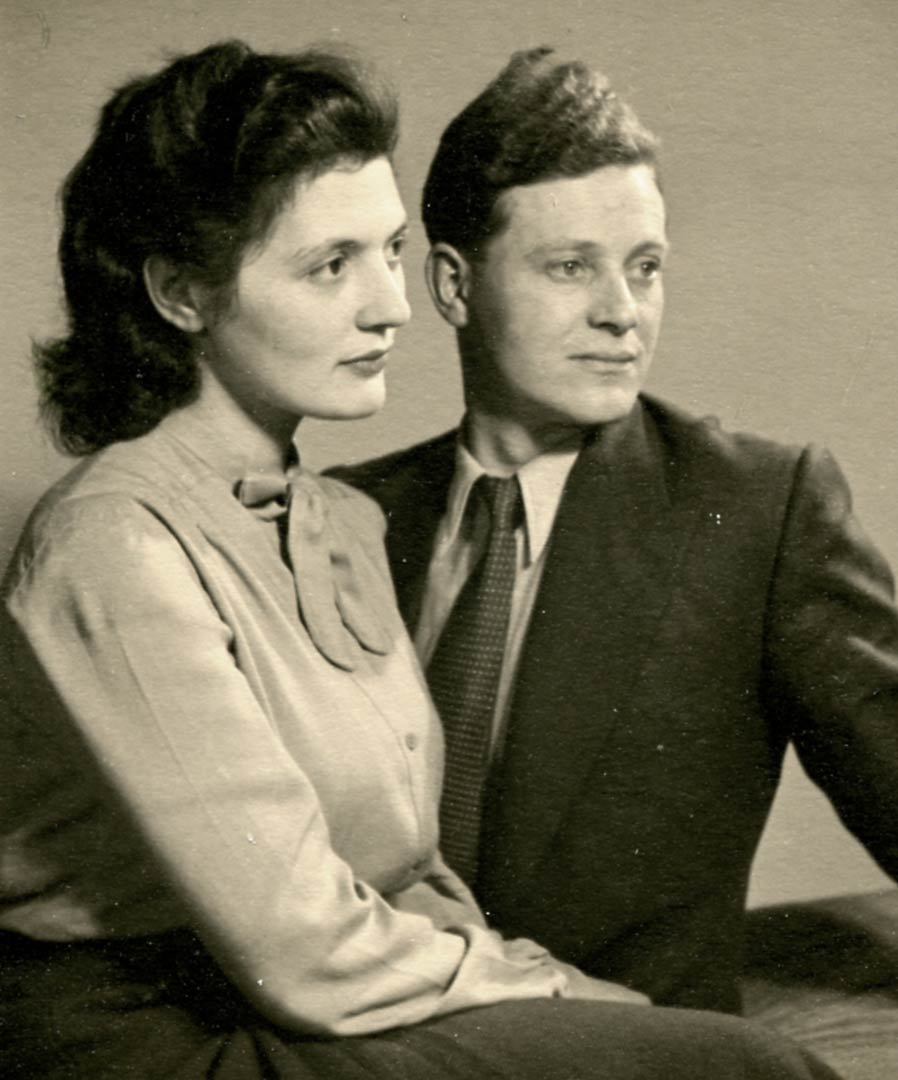 Many of the young men and women rescued to Great Britain by a Kindertransport started a family in their new home land. So did Lore Michel, who got to know the young Briton Bernhard Robinson during her training to become a nurse. They got married and had two children, a son and a daughter. Photo Credit: Courtesy of Lore Robinson.

Picture above: Like many of his fellow „Kindertransport children“, Karl Hirschland acquired British citizenship after the end of the war. The certificate of naturalisation for Charles Lewis Hannam, formerly Karl Hirschland, which was issued in August 1947, also states his service in the British army during World War II. Document: Courtesy of family Hannam.

Dora Scheinowitz (Dora Unger) could not imagine to come back to Germany. She reports.